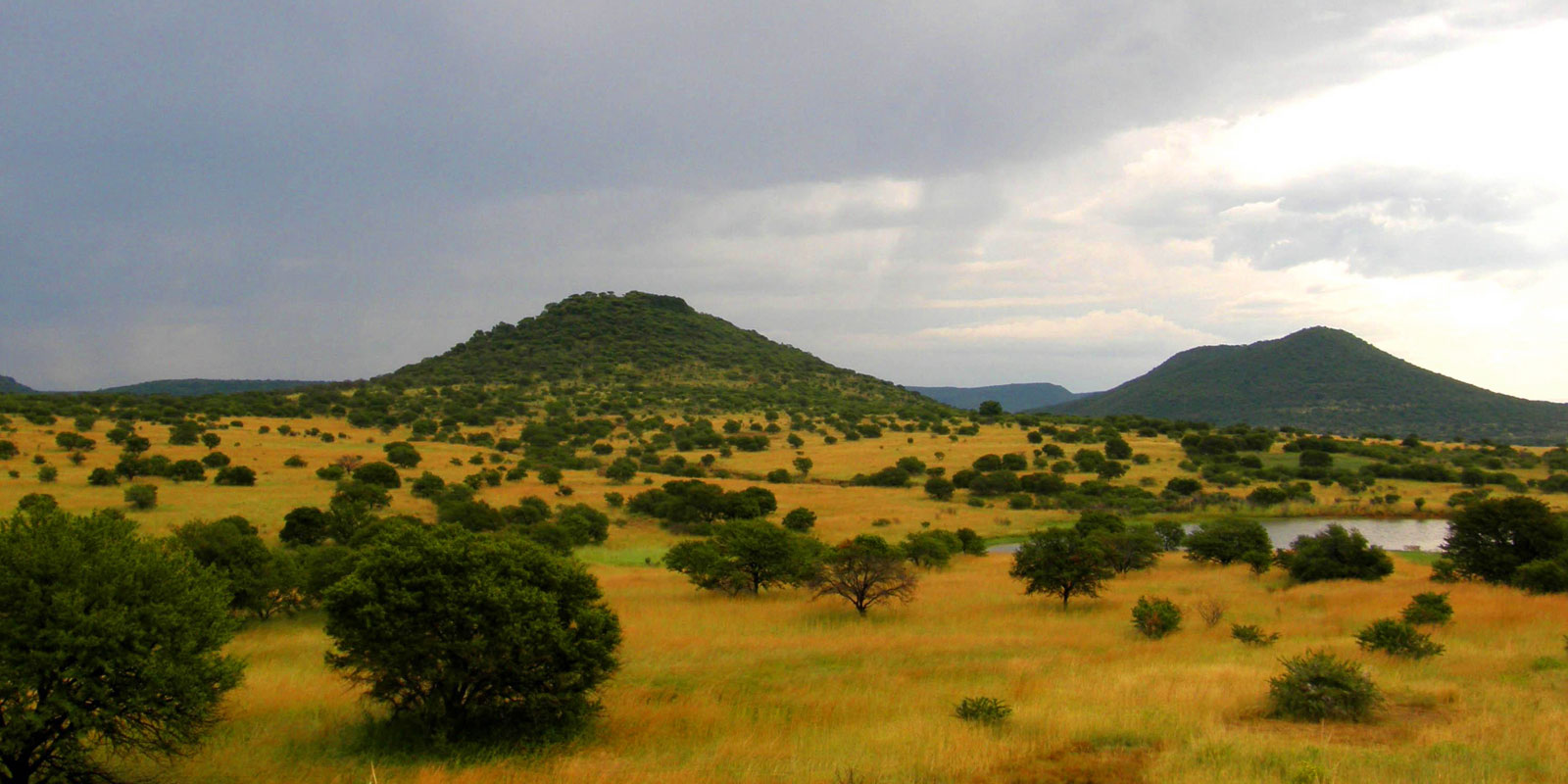 Gauteng is South Africa's smallest province. It is home to two major cities namely Pretoria and Johannesburg. This region does however offer some quality hunting experiences. In the north western part of Gauteng the Dinokeng conservation area and the Rust de Winter area offer pristine wildlife habitat. Most of the Plains Game species which occur in the northern part of South Africa abound in this area, which is characterized by wooded savannah in varying degrees of density. The area is located no more than one hour from O.R. Tambo International Airport and is ideal for those with limited time, who would like to spend a few days in the African wilderness in pursuit of her antelope species. Kudu trophies taken in this area tend to be of exceptional quality.